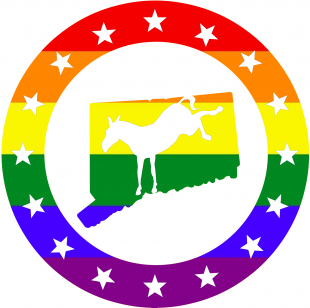 I was recently speaking with some colleagues with our Suffield Democratic Town Committee (SDTC) regarding local and federal issues impacting our community. A topic we spent time on was our perception of the anger and division of in the country. We also discussed how much of the division is real vs perceived and how much of the truth lies somewhere in the middle. We agreed to write a brief piece on that perception and share it with the SDTC for discussion.

When we discuss politics, it eventually gets emotional. There’s a growing body of research regarding how Democrats (Dems), Republicans (Repubs) and even the Unaffiliated think. For better or worse, that research helps drive political messages from candidate campaigns to broadcast, print and radio media. The more people impacted by the biased message, the more apt they are to vote.

Unfortunately, the byproducts of divisive messaging is polarization and misconceptions of what is really happening. We see it every day in the media. Both political sides are guilty of this, however as of late Repubs are more reliant on this strategy than Dems. To the extreme, it breeds misconceptions of people’s opinions…and the truth.

Contrary to the vitriol in the media, Dems don’t want to ban all firearms, don’t want to always raise taxes or hate our military (this last one gets me the most). On the flip side, we’d be fools to think that most Repubs hate the middle-class, women, children and minority groups. But those are the messages we’re lead to believe. Yes, some policies are more left vs right, but the middle ground is quite large…yet the least discussed and acted upon. We need more “middle ground” messages, more “we got some and they got some, but nobody got all they wanted…”. We all want to keep costs down and want what’s best for our families. I have plenty of bills, I surely don’t need any more. Yet communities require spending on schools, police, fire, etc. all in an effort to keep our community safe and on the right track. Perhaps those are the sentiments to keep as a starting point for those political discussions.

Politics will always be divisive, we all have to agree and disagree on various topics. However, a democracy requires an informed public and honest debate on the issues and compromise. It’s how the founders intended our Grand Experiment to work. When it devolves into name calling (ex. Obama is a socialist, Republicans want to control women’s bodies) it entrenches sides and allows less compromise. Hopefully, sooner rather than later, the country will begin to govern in earnest and start functioning a little better for us. But the change has to be pushed by the people and politicians and media outlets have to get that message as well. Lest we have more tail wagging the dog vs. a government by and for the people.

In the end we can certainly agree on some basics, in particular that “Our most basic common link is that we all inhabit this planet. We all breathe the same air. We all cherish our children’s future. And we are all mortal.” President John F. Kennedy. Let’s act accordingly.