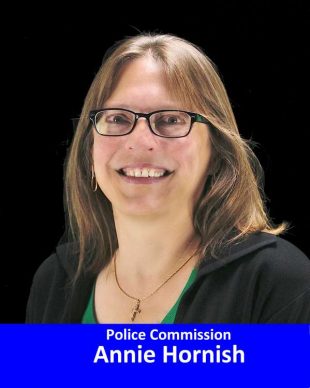 I am running for police commission because I believe that reliable law enforcement is the bedrock of a stable community.

I am the daughter of the late Eddie Wosko, who was a police officer in Enfield. When he started out as a policeman, he walked the beat, and in doing so, relationships were built with Enfield families that helped to promote accountability, but more importantly, helped redirect those who might resort to a life of crime by giving them a sense of community and shared values. As a member of the police commission,  I will fight to ensure that police have the tools they need to not only crack down on crime, but to foster relationships with the people of Suffield. And as a long-time gun owner who believes in common sense, I will fight to find ways to prioritize police and citizen safety.

I will promote that Suffield become a “SafeTrade Station.” SafeTrade is a program to help users of online classifieds trade safely by using dedicated space at local police stations, usually in areas with video surveillance. Currently, there are only ten SafeTrade Stations in Connecticut, plus all state police barracks. There have been over 100 killings nationwide in Craigs list transactions alone, and SafeTrade is a simple measure that can be taken to mitigate risk. Selling online is increasingly popular (e.g., Craigslist, Facebook’s Marketplace, eBay, Suffield Forum), and such selling should be promoted, as it keeps items out of landfills.

Twenty-nine years ago, I married my college sweetheart, Neil, and we were civically active in Granby for over twenty years before moving to Suffield in December of 2017, where we take care of my mother, Agnes, and own a family farm, Evergreen, on Thrall Avenue. As state director for The Humane Society of the United States, I work to promote animal welfare. Prior to that, I worked 20 years as a healthcare professional. I am a UConn graduate with an MBA from Western New England College. In 2016, I received the Best of Hartford Magazine Community Leader award, and in 2019, I was honored with an Official Citation for my work on environmental and wildlife issues.

I served as a state representative (2009-10, 62nd District), and I will bring that knowledge and experience to this commission. I acquired funding for my district, and passed dozens of laws that promoted small businesses (including kickstarting the solar industry), increased access to health care, drove down cost of prescription drugs, helped seniors and veterans, increased transparency (created transparency.ct.gov), and improved environmental and animal welfare laws.